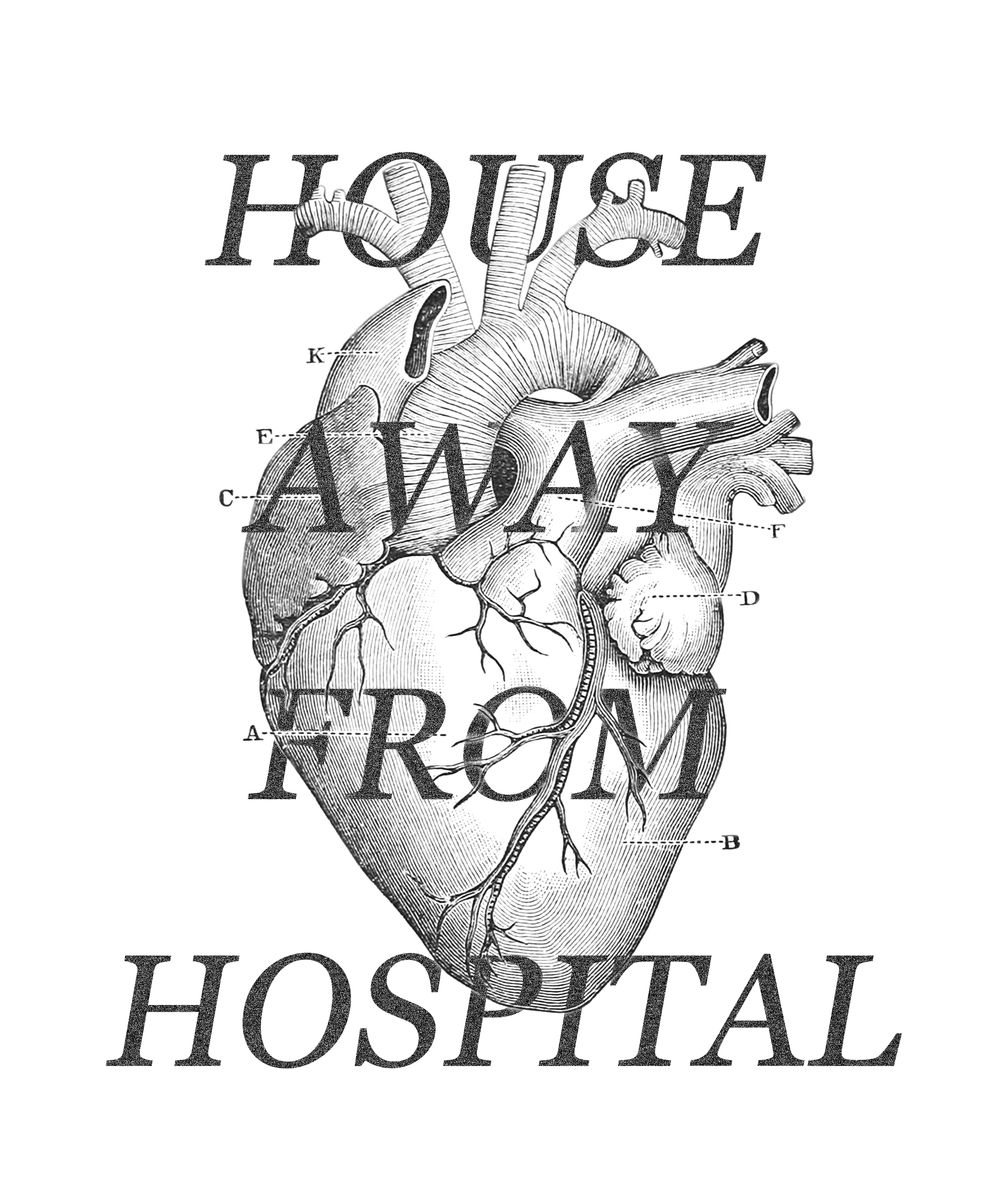 Sephida Artis-Mills, a 36-year-old mother of five boys from Virginia Beach, waited for the ultrasound results 31 weeks into her pregnancy. When the doctors said there was bad news, she figured she was having another son.

“I knew something was wrong I just didn’t know what,” Artis-Mills said.

Her first daughter, Khanshaa, would be born with a congenital heart defect, meaning the left side of her heart is underdeveloped. Khanshaa would need three heart surgeries from the time she was born for her best chance at survival. After the first surgery at the University of Virginia Children’s Hospital, her doctors noticed complications. Khansha needed to stay and wait for a heart transplant in Charlottesville, three hours away from home.

“My heart felt like it fell in my feet,” Sephida said. “It felt like somebody sucked all the air out of the room and knocked the wind out of me.”

Khanshaa is now 6-months-old and Sephida spends between 10 to 13 hours a day by her side in the hospital. Commuting back and forth from Virginia Beach is not an option for Sephida.

“Nothing was right in the world not being there with her,” Sephida said.

Like hundreds of other families who live far from Charlottesville with children in the Children’s Hospital at U.Va., Sephida needs a place to stay indefinitely, not knowing when Khanshaa can get a heart. Hotels closest to the hospital cost at least $150 a night and cannot provide the protective isolated environment for Khanshaa.

However, through her social worker, Sephida found the Yellow Door Foundation, a member of the University’s new Housing Collaborative which seeks to pair families travel of children being treated at the the Children’s Hospital at the University with free housing options.

Sephida gasped and smiled walking into her temporary home full of yellow pillows, accents and flowers for the first time.

“It’s so beautiful,” she said. “I’m just blown away. I just saw this kitchen and I said I’m in love, I love to cook.”

Now, she is only a 10 minute drive from seeing her baby.

The Children’s Hospital at the University began its Housing Collaborative in October of 2017 working with pediatric housing groups in the area to accommodate the high volumes of families visiting the hospital from far away.

Five housing groups are in the Collaborative: the Ronald McDonald House, the Alyssa House, the Yellow Door Foundation, Open Arms and LilyPads. In total, the collaborative can accommodate 24 families.

Joyce Thompson, manager of Patient and Family Center Care for the Children’s Hospital and Women’s Services, leads the initiative. She says the goal is to provide free housing to any family which requests living accommodations.

“I think it is positive that we all have the same shared vision we want to have safe housing for all of our families and a lot of them are here for a medical crisis, and anything we can do to support the families is what we are focusing on,” Thompson said.

“We are always full, and we always have a waiting list,” Thompson said.

Thompson approximates that the Collaborative can fulfill 95 percent of housing requests. However, if a family cannot get off the waitlist for housing, the Collaborative will send the family to a local hotel, and the Children’s Hospital picks up the bill.

The housing groups meet each month to refine the process through which families can find a place to stay temporarily.

As a former nurse passionate about healthcare, she is pleased with the Collaborative’s impact so far in providing housing.

“I think that in the short time we have been together we have done a great job,” Thompson said. “I am also very proud of our U.Va. Children’s Hospital leadership they were the ones that recognized that we do need the support in our area for the families and as part of our patient and center family care have been allowing the group to work together.”

Yellow Door Foundation founder Joanne McTague felt called to start a free temporary housing options in this past year when she noticed families putting themselves in dangerous situations to avoid paying for hotels.

“When I found out that people were literally sleeping in their cars I said, ‘Well, I don’t know what I’m doing but we are going to see if we can make something work,’” McTague said.

Within the past year, the Yellow Door Foundation has expanded from one to three apartments, creating more options for families to stay with immunocompromised children. Also adding to the number of places to stay are the Open Arms House and the Lilypads Foundation, a network of host families.

“Now, especially with Lilypads having host families we almost have the potential to double our patient family beds,” Thompson said.

Thompson is confident that the Collaborative is keeping pace with the growth of the Children’s Hospital, even as it has been expanding its services for acutely ill children.

But, for families in medical crisis, having a bed is just the beginning of finding home in Charlottesville. 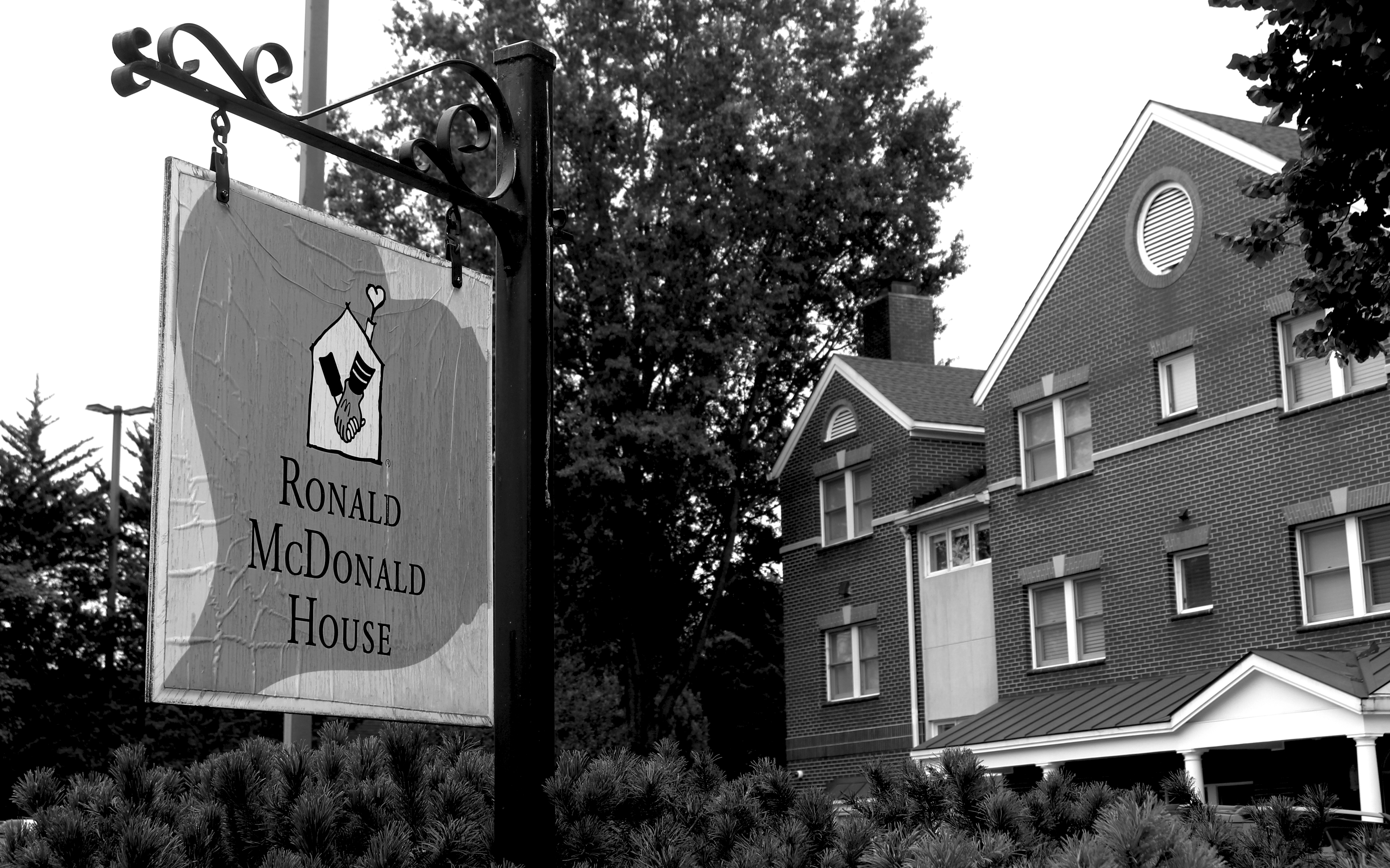 Chuck George, whose 3-year-old son Thomas had a congenital heart defect, stayed at the Ronald McDonald House for a total of eight months.

“Quite frankly I can’t think of a time when I was under more stress, having a sick kid in the hospital and every day they are fighting for their life, and the staff is aware of the challenges families are going through and they try to help them,” Chuck said.

Chuck has not stayed at the Ronald McDonald House in three years but he still stays keeps in contact with its director, Rita Ralston.

In 2015, after three heart surgeries, Thomas suffered complications and passed away.

“That’s the hardest day, not just in the Ronald McDonald house but in my life — period,” Chuck said. “I don’t think I’ve experienced anything more devastating than that.”

Coming back to the house, Ralston comforted him in the same way she has been a “beacon of light” to other families, according to Chuck.

For Ralston, it is all part of the job.

Hospitality and support is becoming more critical as stays at the Ronald McDonald House are increasingly extended.

“The issue with that is, yes, they need a place to stay, but yes, it is going to be an extended stay,” Ralston said. “So if I go back to when I started in 2010, if I ran a pure mathematical average of length of stay ... it was a little over 6 days. Now, if I run that same average, it’s about 17 days.”

Before learning about Khansaa’s need for the heart transplant, Sephida stayed at the Ronald McDonald House. However, she moved to the Yellow Door Foundation which has accommodations for immunocompromised patients. She did not know how long she would stay there since Khansaa was on the heart transplant waitlist.

“How could we possibly pay for lodging 30 days or two or three months because when you are waiting for a transplant?” Sephida said.

However, her extended stay at the Yellow Door Foundation has given her a place to relax, stay on top of Khansaa’s insurance and a support network through the other families staying and the Foundation.

“It’s so many things you have to stay on top of so you have to keep your mind as peaceful and stable as possible because you can’t afford to let anything fall through the cracks because it can be detrimental for your child,” Sephida said.

Khansaa has been healthy so far through her procedures. She successfully received a heart transplant after 21 days on the waitlist. However, even if a family’s sick child survives, relationships between spouses and other children may deteriorate.

“Statistically things like this do rip families apart, and I know mothers who are going through divorce right now because it just was too much,” Sephida said.

However, with an apartment to herself, she can make her own meals and have her family visit from Virginia Beach. But most importantly, she emphasizes the importance of families asking for help.

The U.Va. Collaborative does not cost the hospital anything, according to Thompson. However, the individual housing groups need to accept the support of the community to continue offering homes for free.

The Alyssa House for immunocompromised patients costs the average price of owning at three bedroom home in Charlottesville and also keeps food staples for its residents. Maintaining the home depends on the generosity of others.

“We really do rely on donations,” Stevens said. Although the Ronald McDonald House in Charlottesville has an annual budget of $700,000, much of its funding comes from donations and fundraising. Walking into the house, plastic containers of soda can tabs are stacked by the door front since they can be sold for recycling value. Canned goods filling the closets come from generous individuals, church groups and schools drives. The local Barnes and Nobles even donated $40,000 worth of books to stock a library for both parents and their children.

Keeping these housing groups open independently requires a large community effort. And meeting the increasing demand of more families flocking the Children’s Hospital means these housing groups must continuing supporting and evaluating each other through the Collaborative. However, having a home during crisis will remain a constant relief for families experiencing immense stress.

“I was that person looking at St. Jude’s commercials, looking at Ronald McDonald house from the outside looking in not knowing what they do, and now I’m that parent, so the tables can turn so quickly in your life and you not expect it,” Sephida said. “But thank God those programs are there because who knows what would happen if they weren’t there or how many people would be sleeping in cars or in dangerous situations that they don’t have to be in.”